As the guitarist for the rock band Caged, I know the rules: no relationships. No complications. Leave ‘em smiling when you go, but always go. Besides, it’s not like I’m ever in one place for more than a few days at a time. As the next hottest thing out of Austin, the band and me are riding the wave, and the music is all that matters.

Lily Tennison has “complication” written across her beautiful face. But I can’t get involved. The timing’s all wrong. But she’s under my skin, and I can’t resist her troubled eyes and sweet smile. And I do have a little time to kill. Not much, just a few days in Dallas.

So I’ll scratch the itch and move on, like I always do.

I received a free eARC copy of this book in exchange for an honest review. Thank you!

“Gone for You,” the first book in the Sixth Street Band Series by Jayne Frost, was amazing and I absolutely loved it! I liked that it wasn’t too long or too short, but just right. I read it in under two days and enjoyed every minute of it. Cameron Knight and Lily Tennison were wonderful main characters, and I loved their personalities and chemistry together. They clicked right from the start, and though their relationship progressed quickly, I thought they made a great couple. They had many things in common and complemented each other well. To be honest, they were meant for each other. I also liked that the book was told from Cameron’s POV. You don’t often see a book solely from the male character’s POV, but I thought it was unique and made the book even better. I thought Jayne Frost did a phenomenal job with the authenticity of the music aspect of the novel, or at least what I would imagine a rock star band would ultimately deal with in day-to-day life. I loved that “Gone for You” had lots of romance, humor, and drama. It definitely didn’t lack in the romance department, and there were many instances where it was both intense and sweet at the same time. I also loved that it was a stand-alone novel within a series. I’m not a huge fan of cliffhangers, so it was refreshing to read a novel that concluded the characters’ story in one book. I loved the other three members of the band Caged and I am excited to find out who gets their own story in the next installment of the Sixth Street Band Series!

I guess I should start with the basics. The backstory. I was born and raised in California. At this point I’m usually asked what it was like to grow up near the beach, but sadly, I don’t know. I grew up in the “other” part of California. Perfect for an aspiring writer, if you ask me. You learn a lot about keeping yourself busy when the nearest house is a mile away…and it belongs to your grandparents.

By the time I went to high school, I started writing romance. Why? Because I met my very own prince charming. I wrote love poems in my journal about the green-eyed boy that stole my heart. He promised, the way all storybook hero’s do, to sweep me away and take me on a grand adventure. And he did. We picked up and moved to the Lone Star State, and began the story of us. The best stories begin without a road map or a compass. Veering off course makes the journey so much more interesting.

True to form, just when I thought my life was set, we started the next adventure. I traded in my cowboy boots and followed my green-eyed boy to Las Vegas. My home will always be in Texas, but my heart is anywhere that he is.

Writing is what I love. I might stray from the romance every now and then if that is what moves me…but I always come back. Some of the stories don’t seem romantic at all. They are gritty stories about flawed characters that find each other and hold on tight. Those are the stories that speak to me. Because that’s life. I believe that every story should have a happy ending – even the difficult ones.

3 thoughts on “Review: Gone for You (Sixth Street Band Series, #1) by Jayne Frost” 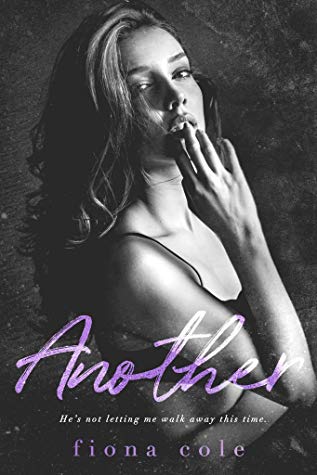