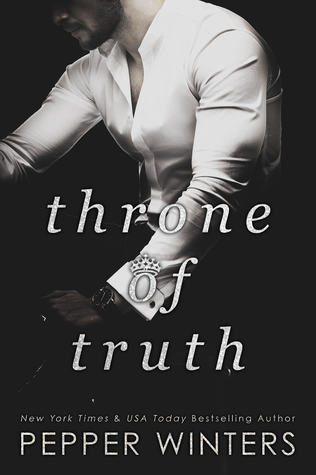 “My body blinded me while his lies destroyed me. Penn Everett swept me from my world and into his, and when his lies fell apart, I finally opened my eyes to the truth. The awful, terrible truth.”

Noelle Charlston had it all: her company, a love affair, power and protection.
However, she didn’t pay attention, and in one night, everything she believed in, everyone she trusted turned out to be worse than fake.
Now, she has no one to help her. No one to free her.
She’s on her own and has to make the choice.
Who to believe?
Who to fight?

Pepper Winters is a NYT and USA Today International Bestseller. She wears many roles. Some of them include writer, reader, sometimes wife. She loves dark, taboo stories that twist with your head. The more tortured the hero, the better, and she constantly thinks up ways to break and fix her characters. Oh, and sex… her books have sex.