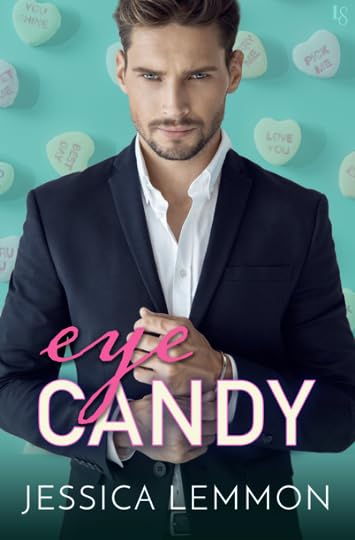 Eye Candy was a unique and interesting standalone contemporary romance, and I liked reading Vince and Jackie’s story. I have read several of Jessica Lemmon’s books, and Eye Candy was the first I had read from her that was written in first person POV. I have always enjoyed Ms. Lemmon’s writing style and I loved that she wrote Eye Candy from both Vince and Jackie’s POV. I really enjoy reading a story from both characters’ perspectives, and I love when books are written this way. It’s great to see what each of them is thinking and feeling throughout.

I enjoyed the storyline and characters, but unfortunately neither met my expectations and I was slightly disappointed. I liked Vince and Jackie and thought they were good characters, but that special spark was missing from the story and their relationship that really made me fall in love with it and them. I liked that they started off as friends and co-workers, but I didn’t like how their relationship and situation progressed. I was very annoyed by the conflict and last twenty or so percent of the book, and when it got to the end I was pretty bummed. I had hoped for a better conclusion and maybe an epilogue, but unfortunately that didn’t happen.

I hate writing negative reviews, and I mean absolutely no offense or disrespect to the author, but I have to be honest about how I felt, and Eye Candy definitely wasn’t my favorite Jessica Lemmon novel. I am truly sorry for possibly hurting her feelings. That definitely wasn’t my intention. I just want everyone to know that my opinion is only one of many, and not everyone will feel the same as I did. I certainly wouldn’t discourage other readers from giving it a try because they might love it, and I wouldn’t want them to miss out based on my thoughts and feelings.

I didn’t enjoy Eye Candy as much as I hoped I would, but I’m definitely looking forward to reading Davis’ story in Arm Candy and the rest of the Real Love series!

ARC received via NetGalley in exchange for an honest review.

Admittedly, giving Jackie advice on how to get a guy to sleep with her is not my best plan.

She stops scribbling on the napkin in front of her, and I bite back a smile. Since I’ve given her a few tips, she has been frantically taking notes. She’s a planner. I’ve always been more go-with-the-flow.

She reads over her notes, squinting in concentration, her lips moving as she reads. Then those golden brown eyes hit mine and she gives me a resolute nod. “I’m ready.”

Her tongue swipes pink lips, making them glisten and making me regret again the route I’ve chosen to take with her. Part of me concedes I could call it off and tell her what I really want, but I know her. She’s barely convinced she can ask a dude out, so her best guy friend throwing a date on the table would be an automatic no.

“Let’s see it,” I say, kind of excited to see what she’s come up with.

She takes the empty seat next to me and leans heavily on an elbow, fist under her chin. “Hi. I’m Jackie.”

I blink several times in quick succession at the transformation from my scatterbrained best friend to a gorgeous woman giving me bedroom eyes. She’s pretending. I’d do well to remember that.

She straightens in her chair and frowns. “Shouldn’t you pretend to be J.T.?”

“I’m not that good of an actor, Butler.” And I’m not pretending to be that jerk.

“Fine.” She rolls her eyes, then slides into seduction mode so swiftly I find myself impressed. She’s better at this than she’s let on. “Do you have a last name, Vince?”

“You know my last name, Butler.”

“Call me Jackie.” She gives me a slow bat of her lashes.

My smile is real, and when I lean closer, I don’t even do it on purpose. “Well, Jackie. Last names are irrelevant, don’t you think?”

Her chest lifts as she takes a breath, and I’m not shy about checking out her cleavage, exposed down the V of her shirt. Normally I wouldn’t look so obviously, but this is a game. Our game.

“That’s very assuming of you, Mr. No Last Name.” She quirks her lips in that way she has, and my smile broadens. “But let’s say”—she moves her half-full wineglass onto the cocktail napkin she wrote on—“for argument’s sake, you’re right, that last names are irrelevant.” She runs the tip of her finger along the rim of her glass like she’s doing it absentmindedly.

She’s doing it on purpose. I can tell.

“We should have a real date before making plans, don’t you think?” she asks, her eyes on mine.

“And then if dinner works out . . .” She lets that statement hang and my heart beats triple time as I wait for what comes next. “We can talk about dessert.”

“We can talk about dessert now.” I’m transfixed on her and the idea of exploring our new dynamic.

I give myself a mental shake when I realize I was caught up in the conversation. It was one I wanted to be real, and she was thinking about Running Man.

“Probably,” I say, the spell broken. “Guys are assholes. Like I said.”

I lean back in my chair, find a TV, and stare blankly.

“But if that’s the case, I’ll have to have sex with him sooner than I planned.”

“No, you don’t, Jackie.” I hear the anger in my own voice. Because . . . “You don’t have to have sex with anyone. You could go to drinks, dinner, and dessert with this guy—you could end the night with tonsil hockey on your front porch or his, and you can still say no.”

She purses her lips. I hate the idea of her kissing that jackass. No matter what kind of person he is—even if he’s a volunteer firefighter who raises orphaned squirrels so they can perform at the local senior center—I hate him.

“I know I don’t have to. That’s not what I meant. I don’t want to chicken out. I want to get the first one over with. Like you did.”

I tip my head back and groan aloud. I can’t help it. I’m the example for her return to the dating world? Much as I don’t want to admit it, fair is fair. I salved my wounds with girls like Polly, so why can’t Jackie do it with J.T.? Jackie’s my friend and I care about her. I can’t make a double standard now.

“Besides, he’s really hot,” she says, her face going glowy. 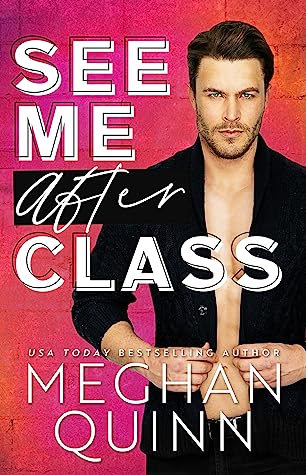