Checkmate: This is Reckless & This is Effortless is a friends to lovers romance will have you swooning and laughing from the first to the last page! Are you ready to play the game?

Drew Fisher is the type of guy every girl wants.

He has no idea the effect he has on women, especially Courtney—his little sister’s best friend. She’s the blonde Southern belle who lives up to the cliché, except she has her own quirks. She’s smart as a whip, can change her own oil, and recite The Pledge of Allegiance backward, but no matter what, he doesn’t see that girl. It’d be easier to forget him if he wasn’t Courtney’s roommate and if the first thing she saw in the morning wasn’t his shirtless body covered in tattoos. She’s crushed on him since the day they met, but he’s made it perfectly clear where they stand. Just friends.

Courtney Bishop is as sugary sweet as her famous blueberry muffins.

She barged into Drew’s life and they easily became best friends.

All was great as roommates and just friends, but then he started to fall for the girl who could chop firewood, deliver baby calves, and bail hay without breaking a sweat.

She’s the perfect mixture of sugar and spice, and he wants her.

One drunken hookup leaves them with much more than a platonic friendship. Pretending it never happened proves to be more difficult than either of them anticipated. A crazy ex-girlfriend, a dangerous war of stolen glances, and passionate kisses leads to the most reckless battle yet.

Loving each other comes easy, but losing their friendship will break them. Burning passion combined with an undeniable chemistry constantly pushes and pulls them together. In the end, Drew strives to prove they’re worth the fight, even when the game is far from over. 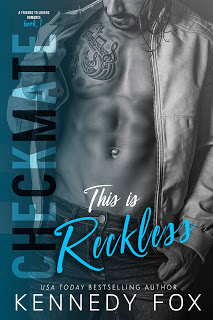 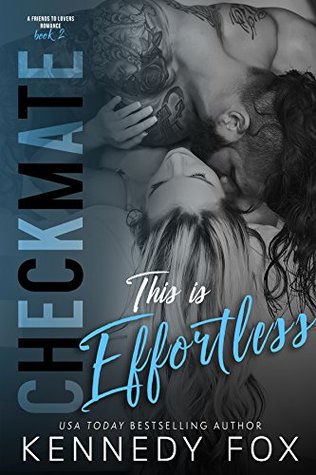 Many people have asked up what’s coming after the Checkmate Duet Series.

Well, we plan on releasing A WEEK WITH A BAD BOY together under Brooke and Lyra on October 19, 2017! We are very excited about this and can’t wait for it to be released!

READERS: you can sign-up now to apply for our ARC review team! http://bit.ly/2hTshKO

GOODREADS: make sure to add this to your TBR list! http://bit.ly/2fFJpmG

Early 2018 we will start releasing the BISHOP BROTHERS Series!

It is an interconnected stand alone series that will follow Courtney’s 4 brothers!

We’re so excited about this. If you want more information, please CLICK HERE!

We’re still in the early planning stages but will update our “coming soon” page with more info as soon as it’s set in stone.