“A heartbreakingly romantic tale about true love and inner strength. You will never forget it.” 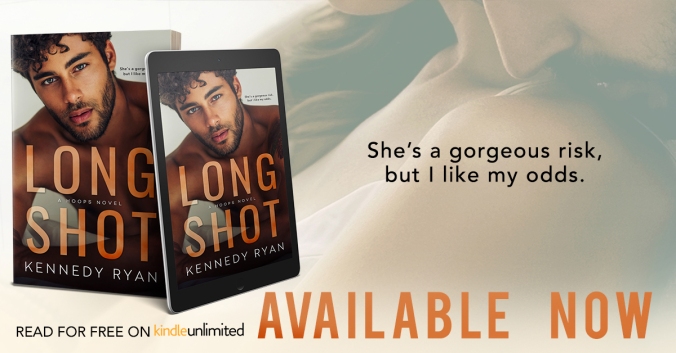 A FORBIDDEN LOVE SET IN THE EXPLOSIVE WORLD OF THE NBA…

Think you know what it’s like being a baller’s girl?
You don’t.
My fairy tale is upside down.
A happily never after.
I kissed the prince and he turned into a fraud.
I was a fool, and his love – fool’s gold.

Now there’s a new player in the game, August West.
One of the NBA’s brightest stars.
Fine. Forbidden.
He wants me. I want him.
But my past, my fraudulent prince, just won’t let me go.

*Certain aspects of this story may be sensitive for some readers.

I honestly don’t know where to start. Long Shot wasn’t like any story I’ve ever read before. My emotions are all over the place right now, and it’s hard to put all of them into the right words to convey my thoughts and feelings. I apologize if the following review sounds like a rant in any way.

Long Shot was extremely emotional and tumultuous, but definitely eye-opening. I honestly didn’t know what I was in for when I started this book. There were several aspects throughout that came as a complete shock and I certainly wasn’t expecting, even though there was a subtle warning at the beginning of the book. Unfortunately, they weren’t always pleasant. It’s a shame to know that situations and circumstances that are disturbing, horrifying, disgusting, and appalling like some in this story happen every day, and most of the time no one ever knows about it. This book made me think and feel a lot, and I experienced the entire spectrum of emotions while reading it. I was angry, frustrated, annoyed, and murderous at times, and it took me almost halfway through to finally warm up to the story and get to a better place with my feelings and emotions. I was going to rate Long Shot four stars because of some of the incidents that occurred, but Kennedy Ryan did her magic and definitely made up for all of the negative parts towards the end.

August and Iris were some of my favorite fictional characters I’ve ever had the pleasure of reading about, and even though several parts were difficult to read and get through, I absolutely loved them with all of my heart. I loved their personalities, red-hot chemistry, and deep connection they had together, and all of their banter and interactions with each other. I truly loved them with my heart and soul, and even though it was very hard to go on this journey with them at times, all of it was completely worth it it the end. August and Iris were extremely good and kindhearted people, but one specific character (who I refuse to name) was absolutely NOT. He was the one that made me so angry that I felt murderous towards him, and it usually takes a lot to get me to that point. I don’t want to give away any spoilers, so I’ll just say that I loathed and despised him with my entire being, and I was very happy with the conclusion where he was concerned.

It might seem like I didn’t love Long Shot from some of the above paragraphs, but that’s not true at all. Yes, there were plenty of scenes that I hated and was not expecting whatsoever, but none of them had anything to do with August and Iris. They weren’t at fault for anything. It was the other character that ruined parts of this book for me. With all of that being said, August and Iris were amazing in every way, and I absolutely loved them. Their story will stay with me forever, and I will definitely be re-reading the good parts over and over again for a long time to come. I truly wish August West was real because I would definitely claim him as MINE. He was nothing short of perfect, and I was insanely jealous of Iris’s connection/relationship with him. There were plenty of up and down moments throughout that caused my emotions to go haywire, and at times it was painful to read, but the message and awareness behind the story was extremely important, especially for all women and others in any of kind situation like the ones in this story. I’ll warn you, it will be difficult to get through at times, but I implore you to give Long Shot a chance. I promise you’ll fall in love with August and Iris’s story as much as I did, and all of it will be worth it in the end.

Long Shot was an intensely sexy, passionate, emotional, and thought-provoking standalone sports romance, and I would highly recommend it! Kennedy Ryan did a phenomenal job with this book, and I was absolutely ecstatic with the outcome to August and Iris’s story. This was my first full-length novel from Ms. Ryan and it won’t be the last. I can’t wait to read the Grip series and the next standalone HOOPS novel!

“Iris?” August’s frown, the concern on his face, in his voice, remind me where I am. “Baby, you okay?”

I blink down at him dumbly, swallowing my tears, eating my memories whole and digesting a nightmare from long ago. I nod, my lips a cold, wobbly curve.

“Kiss me,” he whispers, his eyes so tender, so intent.

I remember a magical night under the stars, under a streetlight on the eve of greatness. A night filled with laughter and confidences, pregnant with promise. And I see him so clearly, my prince, asking for a kiss.

He thaws me with his kiss, my prince, and I melt into him. We’re chest to chest, with August’s number crushed between us. I take his cock in my hand, aligning our bodies, and two become one in a carnal slide of flesh. I anchor myself by my elbows hooked around his neck, and we kiss until I’m dizzy and our breaths tangle in a cloud of bliss. Under the jersey, his palm spans my back, digging into the naked flesh as our hips lock and roll and grind. My body clenches around him, and we pray, we curse, we moan, we mate like our bodies were made for this moment.

Ours is a love that reimagines—that peels back the sky at high noon searching for the stars, collecting them like shells in a bucket. We bathe in stardust, drink from the Milky Way, and dance on the moon. We pierce the firmament, peer into infinity, and tread on time and space. There is no before. There is no after. Now gives birth to forever. This moment may die, but this love never will. Time is not a line. It’s a circle, and we, August and Iris, we stand at the center.

“A STOP WHAT YOU’RE DOING AND READ THIS NOW kind of book. Don’t hold your breath, this story will steal it from you.”

Kennedy Ryan is a Southern girl gone Southern California. A Top 100 Amazon Bestseller, Kennedy writes romance about remarkable women who find a way to thrive even in tough times, the love they find, and the men who cherish them.

She is a wife to her lifetime lover and mother to an extraordinary son. She has always leveraged her journalism background to write for charity and non-profit organizations, but enjoys writing to raise Autism awareness most. A contributor for Modern Mom Magazine, Kennedy’s writings have appeared in Chicken Soup for the Soul, USA Today and many others. The founder and executive director of a foundation serving Georgia families living with Autism, Kennedy has appeared on Headline News, Montel Williams, NPR and other outlets as a voice for families living with autism. 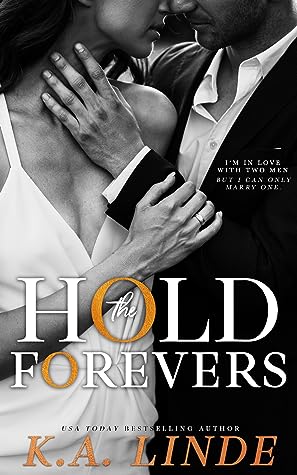