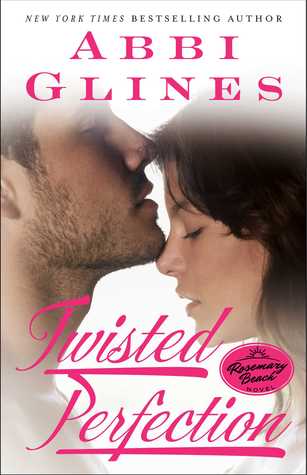 My future was about to be completely thrown off track because Della Sloane was under my skin, and I had to have her. I couldn’t ignore it anymore . . . I’d gotten close enough to her to see deeper.

Della Sloane is not your average girl. Yearning to break free of her dark and sheltered past and the memories of the illness that claimed her mother, Della plans a solo road trip to experience real life on her own terms. But the trip is nearly cut short in the little beach town of Rosemary when she realizes she can’t even pump her own gas, until Woods Kerrington shows up, more than willing to help out a pretty girl in need.

Woods’s family wants him to settle down with a wealthy woman in pearls, but he can’t resist this carefree girl in cutoffs passing through town. A one-night stand should have been enough, but months later, Woods can’t get the irresistible Della out of his head.

When a twist of fate brings Della back to Woods, all signs point to trouble if they don’t keep their distance. Neither is truly free, and a relationship could destroy both of them. With their hearts on the line, Della thinks the safest bet is to walk away. But Woods isn’t about to let that happen . . .

I am always blown away after I read a book by Abbi Glines, and “Twisted Perfection” was no different. I know some people might have mixed feelings about this book, but I absolutely loved it! Della and Woods were awesome characters, and even though they had a rough time with everything in the beginning, it all worked out quite well in the end. I loved their personalities and chemistry together, and I also loved that Woods was very protective and possessive of Della because he loved her. It was amazing to see Woods get his own story after being intrigued by him in the first few books of the Rosemary Beach series. I thoroughly loved and enjoyed reading the first part of Woods and Della’s story, and I will definitely be reading the sequel, “Simple Perfection!”