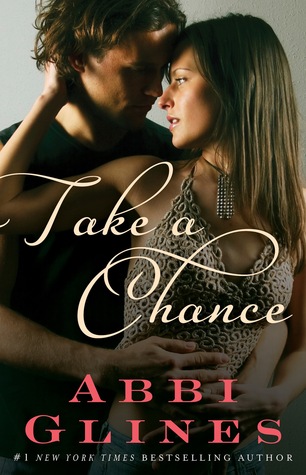 When Harlow Manning’s rocker father goes on tour, he sends her to Rosemary Beach, Florida, to live with her half-sister, Nan. The problem: Nan despises her. Harlow has to keep her head down if she wants to get through the next nine months, which seems easy enough. Until gorgeous Grant Carter walks out of Nan’s room in nothing but his boxer briefs.

Grant made a huge mistake getting involved with a girl with venom in her veins. He’d known about Nan’s reputation, but still he couldn’t resist her. Nothing makes him regret the fling more than meeting Harlow, who sends his pulse racing. Yet Harlow wants nothing to do with a guy who could fall for her wicked half-sister; even if there are no strings between Grant and Nan. Grant is desperate to redeem himself in Harlow’s eyes, but did he ruin his chances before he even met her?

“Take a Chance” was another favorite Abbi Glines novel of mine that I absolutely loved! I was so excited to finally read about Grant and Harlow’s story, and it certainly did not disappoint. I swear every new couple in the Rosemary Beach series gets even better and more interesting than the last one – and certainly more addictive. Grant and Harlow were extremely wonderful and likable characters, and I couldn’t help but fall in love with them. The first part of their story was most definitely intriguing and had quite a few shocking and unexpected twists and turns, but it made the book even more irresistible. I need more Grant and Harlow and can hardly wait to read “One More Chance!”