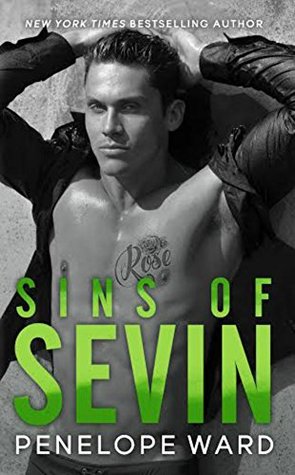 What happens when the one you want is the only one you can’t have?

My name is Sevin.

Homeschooled and sheltered by my ultra-religious family, I was always taught that lust was a sin.

Elle was the girl who’d been carefully chosen for me.

After a long-distance courtship, I’d be moving into her family’s guesthouse so that we could get to know each other in the months before the wedding.

Boundaries were set: no inappropriate touching, no kissing, no sex before marriage.

I’d accepted those rules and my fate.

Until I met the one I wanted to sin with.

That was when restraint became a problem…especially since THE ONE wasn’t Elle.

It was her sister, Evangeline.

You know what they say about best laid plans.

My name is Sevin, and I have sinned.

Told in alternating points of view, Sins of Sevin is a full-length standalone novel.

“Sins of Sevin” took me on an emotional roller coaster ride, one full of highs and lows and everything in between. Don’t get me wrong I did enjoy reading Sevin and Evangeline’s story, but it definitely did not end the way I thought – or truly hoped it would. The first half of the book was much better than the second half, and I did enjoy the fact that it was told from both Sevin and Evangeline’s alternating points of view. I liked their personalities and chemistry together, and you could tell from the very first moment they met that they were meant to be together. I really wished their circumstances had been different, but sometimes – more often than not – life doesn’t go the way you want it to. Even though Sevin and Evangeline’s story was bittersweet and didn’t exactly end the way I imagined, it wasn’t a horrible conclusion and sort of made up for other not-so-great parts of the book. To be honest, I bawled my eyes out reading the epilogue. It touched and broke my heart all at the same time. All of that being said, I truly did love Penelope Ward’s writing style and I liked the flow of the story. This was the second novel I had read by this author, and even though I didn’t like it as much as “Stepbrother Dearest,” it definitely won’t be the last book of hers that I read.

She grew up in Boston with five older brothers and spent most of her twenties as a television news anchor before switching to a more family-friendly career.

Penelope lives for reading books in the new adult genre, coffee and hanging out with her friends and family on weekends.

She is the proud mother of a beautiful 11-year-old girl with autism (the inspiration for the character Callie in Gemini) and a 9-year-old boy, both of whom are the lights of her life.

Penelope, her husband and kids reside in Rhode Island.

She is the author of seven novels. Her fourth book, Stepbrother Dearest, hit #3 on the New York Times bestseller list.