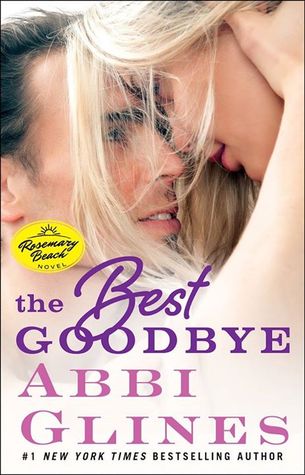 The look on Rose’s face had screamed that she was hiding something. Hell, she’d practically run away from me. There was something to that. I knew there was…

After ten years in the employ of a mysterious crime boss, River “Captain” Kipling is ready to leave his sordid past—and his cover occupation as an upscale restaurateur—behind him. The only thing standing in the way of his “retirement” is his commitment to launch a new restaurant in the resort town of Rosemary Beach. With his sister, Blaire, nearby, Captain can delay his dream of running a humble bar on the waterfront, but the unwanted attentions of his head server, Elle, have him itching to get out.

Until he notices Rose Henderson, the new server at the restaurant. All he knows about the pretty redhead with the cute glasses is that she’s a hardworking single mom from Oklahoma. But there’s something overly familiar about her laugh…something strange about the way she looks at Captain…

I enjoyed reading about Rose and Captain in “The Best Goodbye,” and although it definitely wasn’t what I was expecting, I thought Abbi Glines did an incredible job writing and telling their story. Rose and Captain were great characters, and I enjoyed their personalities and chemistry together. Captain took a little longer to warm up to, but I eventually really ended up liking him. I loved that the book was told from both Rose and Captain’s alternating POV; it gave the story so much more depth and meaning, and I loved getting to know how each of them felt and what they were thinking. I also loved the occasional flashbacks of when they were teenagers, and I loved the relationship they had then. Franny was also very adorable, and I loved the relationship that developed between the three of them. It was amazing to see a few familiar faces from previous books in the Rosemary Beach series as well. There were plenty of surprises – both good and bad – in this book that I believe many of you will enjoy. There were a few things that I didn’t care for, but overall I was very happy with the outcome for Rose, Captain, and Franny. Good endings always make me smile, and this one most definitely did. :) “The Best Goodbye” was a really great installment in the Rosemary Beach series, and it definitely made me more interested to read Nan’s story in “Up in Flames!”