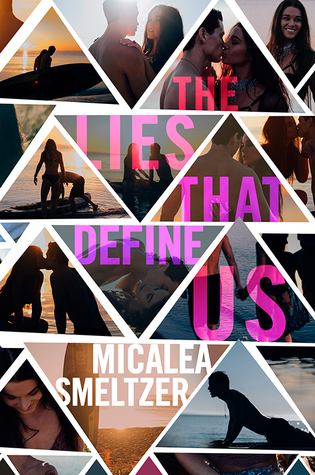 Ariella Geller is on the run from some very bad people and Liam Wade doesn’t know what he’s running from.

Freedom has been an elusive dream for Ari, but when her chance for escape comes, she takes it. She finds herself in California and forced to accept help from strangers in order to stay off the streets and avoid being found by those she ran from.

Liam Wade is sick of living in the shadow of his famous father. All he wants is to make a name for himself as a professional surfer, but it’s impossible when the media focuses on every other aspect of his life. All he wants is respect, a chance to prove himself, but when it never comes he finds himself running and hiding from the ones who love him the most.

When their paths collide Ari and Liam are forced to confront their demons, and in the process they just might find a reason to stop running.

Unfortunately, I haven’t had the best of luck with books lately. The last three novels I have read haven’t turned out well for me, therefore causing me to give them a low rating. And that hardly EVER happens to me. I actually feel really awful when I rate a book three stars or below because I know how much time and effort goes into writing and publishing a book. I don’t want to hurt the author’s feelings by any means, but I have to be honest – whether or not it’s positive or negative.

I usually really enjoy reading Micalea Smeltzer’s books, but unfortunately I did not like “The Lies That Define Us.” The author’s writing style was great, but the storyline and characters were a huge let down. I did not care for the suspense aspect of the story whatsoever, and I found it hard to connect with Liam and Ariella. I didn’t like their relationship all that much, and how Liam’s personality was all over the place. He could be super nice one minute and then frigid the next. I wished there had been more romance as well, especially since it was a New Adult novel. I did enjoy seeing some familiar faces from previous books, albeit for a short time, and many of the secondary characters were a nice addition as well. However, I highly disliked what happened towards the end of the story.  I hate to feel this way about the book, but it wasn’t at all what I thought or hoped it would be, and I was extremely disappointed with it overall.

Even though I disliked “The Lies That Define Us,” I haven’t given up on Micalea Smeltzer’s books in the least. This was the first one of many that I have read from her that I didn’t care for. I’ll probably give the next book in the Us series, “The Game That Breaks Us,” a try, but I’m not going to get my hopes up.

Micalea Smeltzer is a bestselling Young and New Adult author from Winchester, Virginia. She’s always working on her next book, and when she has spare time she loves to read and spend time with her family.