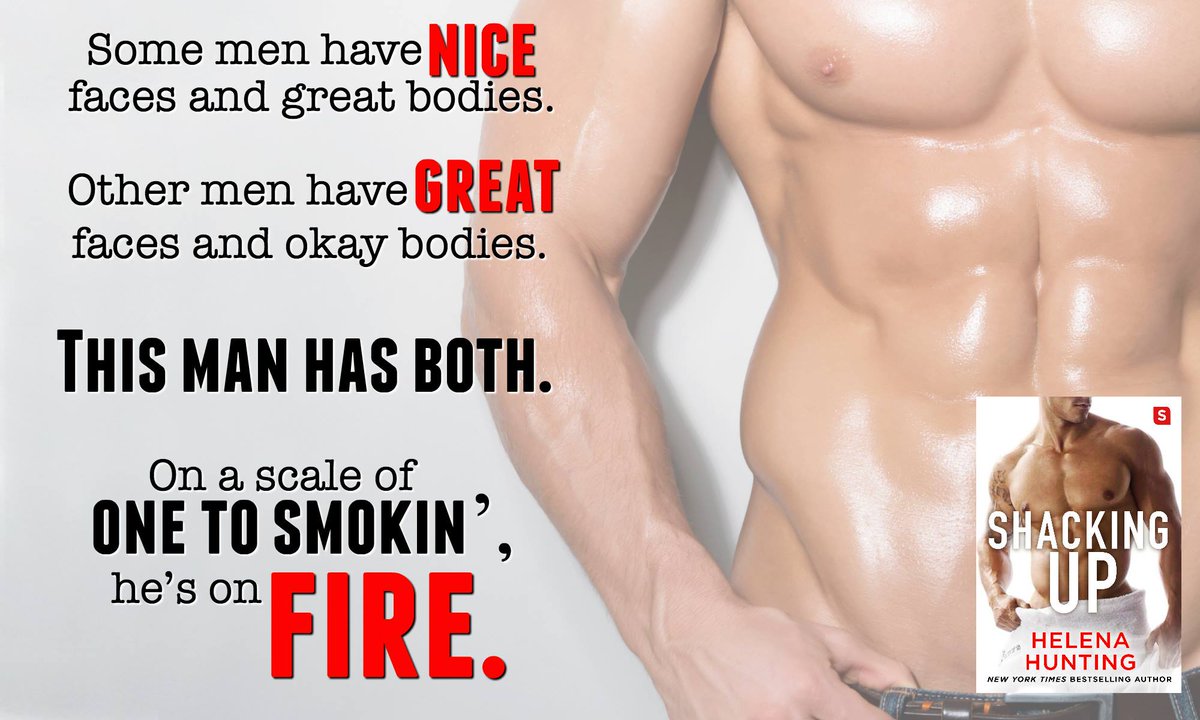 1. Describe Shacking Up using no more than 140 characters (a la Twitter).

Sexy, quirky, with enough sexual tension to light your underwear on fire.

2. Where did you get inspiration for the character’s names, particularly Bancroft aka Bane?

Once I met a police officer (I wasn’t doing anything illegal) who introduced himself as Bancroft. I thought that was his last name, so I sassily introduced myself by my last name as well. Then he corrected me, telling me that his first name was Bancroft, and I felt obviously ridiculous. He was a mammoth man. He practically had to duck through doorways, so I put that one in the name bank for a rainy day. I also thought it was rather hilarious that it could be shortened to Bane—as in the bane of my existence, which we know Bancroft certainly is not. Ruby is a spunky name and I thought reflected the heroine’s fiery personality.

3. Shacking Up is hilarious! How easily does the banter between the characters come for you? Do you ever struggle writing the humor in your books?

With Ruby and Bane the banter came easily because there weren’t a lot of social constraints or limitations for them. At the beginning they’re working under the premise of a business arrangement, so the pressure is off and Ruby isn’t really one to hold back. Neither is Bane for that matter. I have such a fun time creating off the wall, sometimes sexually tense scenes, especially with these two.

4. Do you ever make yourself laugh when writing a scene?

Yes. I feel weird saying that, but there are times when I’m imagining what is happening as I’m writing and thinking “this is just ridiculous”. My hope is that if I think it’s ridiculous, so will other people, and it will inspire the same reaction. Francesca certainly helped make it a lot easier to fit in fun, light-hearted situations.

Ferrets are freaking adorable, but they are menaces if they’re left to their own devices. They’re also a lot like dogs and cats, but they require a different kind of care, the fact that they’re illegal in NYC also helped. As for Tiny—I think a lot of people would be reluctant to take care of a giant spider, no matter how cool they are as pets. I felt like both of them would be lend for some funny situations.

6. The heroes in your Pucked series are all hockey stars, and Bane in Shacking Up is an ex-rugby player. Is it safe to say you have a thing for athletes?

I guess you could say I have a fascination with athletes. That level of physical fitness takes an extraordinary amount of discipline, plus STAMINA!!! More than just being an athlete, I have an affinity for heroes who show loyalty and determination and who are just as much about brain as brawn.

7. Ruby is a bit of a rebel, defying her family to go after her dreams. What do you love most about her?

I love that despite things not always going her way, she refuses to take the easy way out. Our paths are not always linear and Ruby is very willing to make concessions where she needs to in order to prove to herself and her family that she can attain her goals.

8. Why are Bane and Ruby so perfect for each other?

They’re both very goal oriented people with the same core values. Ruby is a firecracker and Bane needs someone with that level of sass to challenge him. For Ruby, Bane is an inherent caretaker, BUT he tries not to force that care on her which is something she can appreciate.

9. Are there any books or authors you’re really excited about right now?