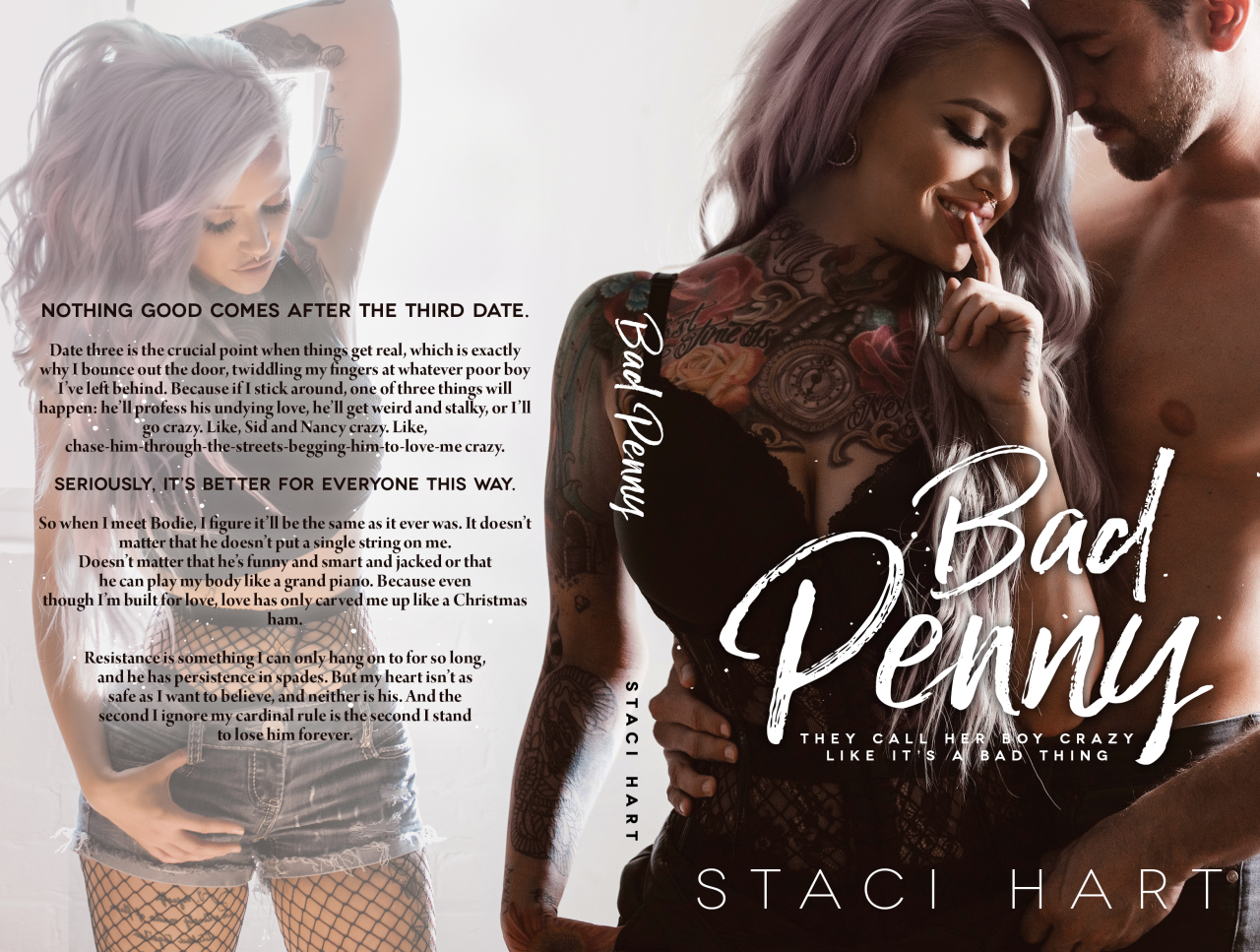 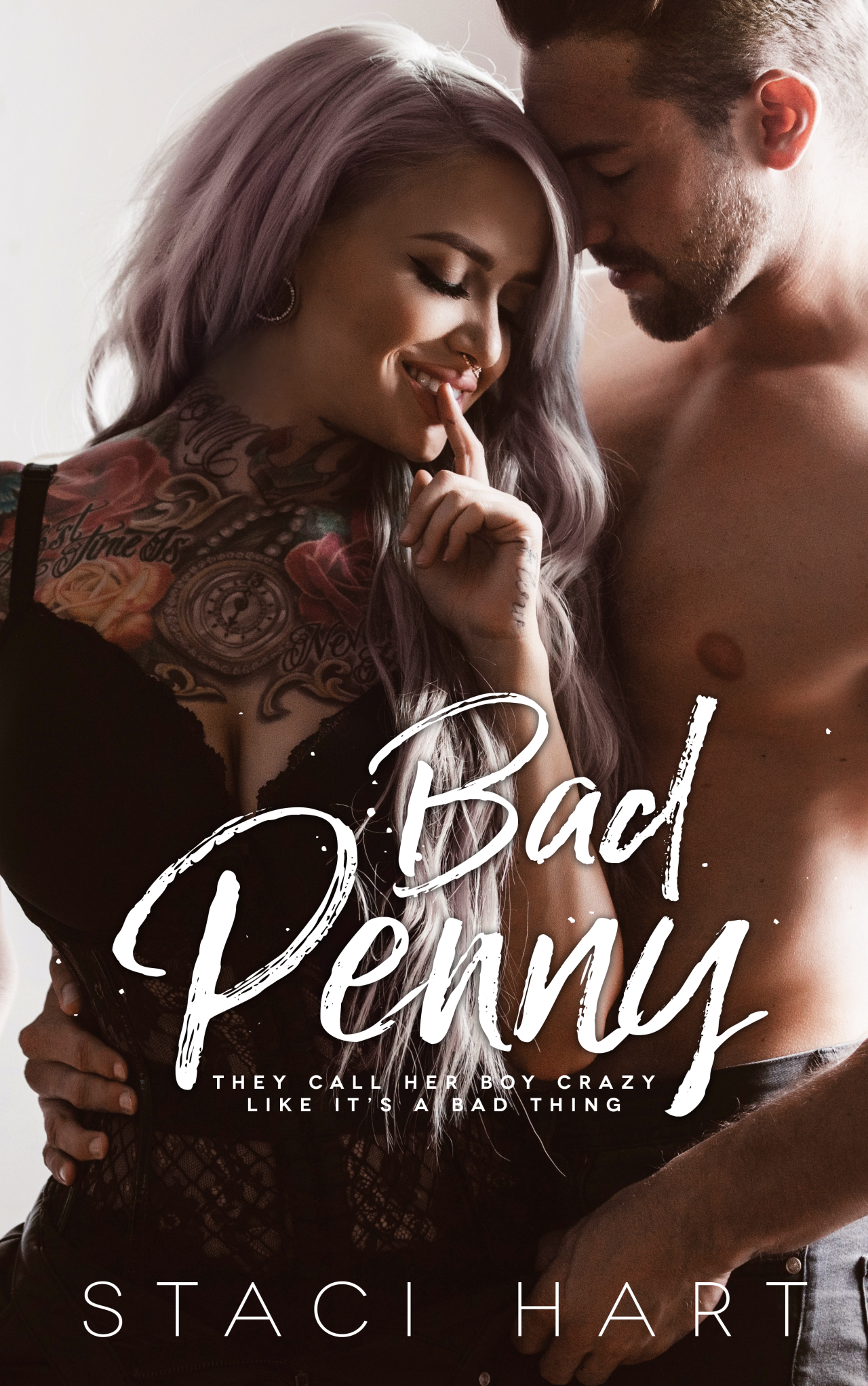 Nothing good comes after the third date.

Date three is the crucial point when things get real, which is exactly why I bounce out the door, twiddling my fingers at whatever poor boy I’ve left behind. Because if I stick around, one of three things will happen: he’ll profess his undying love, he’ll get weird and stalky, or I’ll go crazy. Like, Sid and Nancy crazy. Like, chase-him-through-the-streets-begging-him-to-love-me crazy.

Seriously, it’s better for everyone this way.

So when I meet Bodie, I figure it’ll be the same as it ever was. It doesn’t matter that he doesn’t put a single string on me. Doesn’t matter that he’s funny and smart and jacked or that he can play my body like a grand piano. Because even though I’m built for love, love has only carved me up like a Christmas ham.

Resistance is something I can only hang on to for so long, and he has persistence in spades. But my heart isn’t as safe as I want to believe, and neither is his. And the second I ignore my cardinal rule is the second I stand to lose him forever.

BAD PENNY is only 99 cents for a limited time!

She glanced behind me, twiddling her fingers, presumably at Jude and Phil. “So, you’re a twin, huh?”

I nodded and took a sip of my Maker’s as “Rock the Casbah” kicked off, and everyone around us started bouncing and dancing. “Since birth.”

She laughed. “What a win for the universe that there would be two of you.”

That caught her off guard, and her bottom lip slipped between her teeth as a flush rose on her cheeks.

Just like that, I had one objective, and it began and ended with her lips.

“Although I should tell you now,” I stepped closer, slipping into her space, and her eyes widened, pupils dilating as she leaned into me, “I don’t like to share.”

The tip of her pink tongue darted out to wet her lips, and her eyes were locked onto my mouth.

“Are you thinking about kissing me?” I asked.

She shook her head, though her eyes didn’t stray. “No, I’m thinking about what your dick looks like.”

I laughed from way down deep in my belly, shocked in the best way and turned on in the worst. And as the ocean of people waved around us, she rose up on her tiptoes, grabbed a handful of my T-shirt, and pulled.

I caught the smallest breath — a surprised, satisfied gasp — just before our lips met, and fireworks exploded in my brain. The kiss wasn’t soft or sweet; it was strong and determined, those red, red lips pressing against mine, opening to let me into her hot mouth, her tongue finding mine like she’d been looking for it her whole life.

The surprise left me as quickly as it had hit, and I leaned into her, my free arm winding around her back to press her body against mine. There wasn’t an inch of space between us, and all the while, our mouths worked each other’s in a long dance that left my heart chugging like a freight train in my chest.

She pulled away, her lips swollen and eyes lust-drunk as they met mine and held them while she kicked back her drink and grabbed my hand.

And I smirked, breathless. “Your place or mine?”