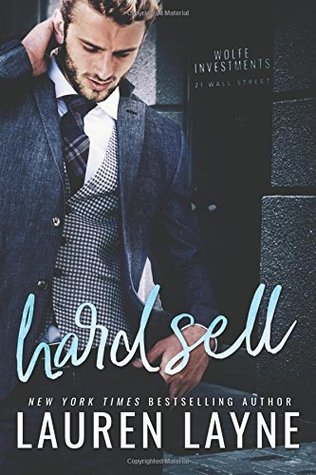 Twenty-eight and filthy rich, Matt Cannon is the youngest broker on Wall Street. He may be a “boy wonder,” but he’s every inch a man. Ask any woman—any night. But when Matt’s latest fling makes scandalous headlines, his clients get anxious, and his bosses at Wolfe Investments level an ultimatum: keep his assets zipped, get a “real” girlfriend, and clean up his act. Only one woman can help Matt with something this hard.

For PR genius Sabrina Cross, the best fixer in Manhattan, playing Matt’s steady is going to be a challenge, even if it’s just for show. They already have an explosive history, she can’t stand the cocky party boy, and worse—she can’t stop thinking about him. So who’ll dare to break her “no touching” rule first? Because when that happens, Matt and Sabrina’s game of let’s pretend will get so hot it could set both their reputations on fire.

Hard Sell was another sexy and entertaining standalone contemporary romance in the 21 Wall Street series, and I absolutely loved it! Hard Sell was my second book from Lauren Layne, and it definitely won’t be the last. I was addicted to her writing style and the fabulous storyline and characters she created in this sexy and unputdownable frenemies-to-lovers story. I can’t wait to read more from this author, and my fingers are crossed that there will hopefully be one more book in the 21 Wall Street series!

The storyline was excellent. I loved the concept and was immediately sucked into the plot. Friends-to-lovers and enemies-to-lovers are two of my favorite tropes in romance, and Hard Sell combined the best of both to create an outstanding and unforgettable frenemies-to-lovers tale. The pacing was fantastic and I was never once bored. I loved everything from beginning to end, especially that it was told from dual point of view, which is my absolute favorite. Lauren Layne definitely has another hit on her hands with Hard Sell!

The characters were magnificent. Matt and Sabrina were perfect main characters, and I loved them so much. I loved their personalities and red-hot chemistry together, and how their relationship progressed throughout. Of course there were some hiccups along the way, but nothing too terrible. I loved the dynamic between Matt and Sabrina, and the push and pull of their relationship. Since their story was frenemies-to-lovers, the banter and interactions they had with each other were highly entertaining, and there was never a dull moment. Another aspect I loved was the amazing cast of secondary characters, a few of which were introduced in Hot Asset, book one in the 21 Wall Street series. I loved the friendships and close relationship they all had together, and I’m really hoping that two of them get their own story in the near future. Matt and Sabrina’s story was another fantastic addition to the 21 Wall Street series, and although there were some ups and downs, I was very happy with the ending.

Hard Sell was a sexy, addicting, and entertaining standalone romance in the 21 Wall Street series, and I would HIGHLY recommend it and Hot Asset! Lauren Layne has quickly become a top favorite author, and she did a phenomenal job with Matt and Sabrina’s story. If you haven’t checked out the sexy and intriguing 21 Wall Street series, what are you waiting for?! 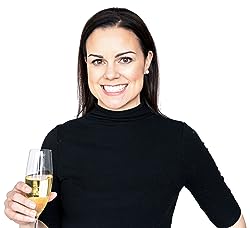 Lauren Layne is the New York Times and USA TODAY bestselling author of more than two dozen romantic comedies. Her books have sold over a million copies, in eight languages. Lauren’s work has been featured in Publishers Weekly, Glamour, The Wall Street Journal, and Inside Edition. She is based in New York City.