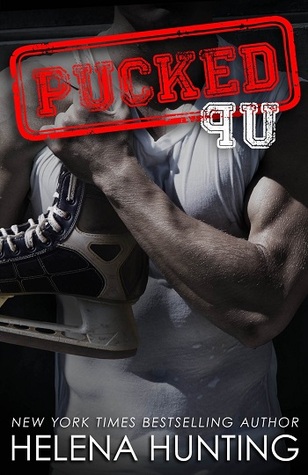 Miller “Buck” Butterson has been banging his way through life ever since a puck to the face fixed his messed up front teeth. After five years in the NHL, deflecting goals on the ice and scoring them with puck bunnies, Miller has decided he’s ready for a girlfriend. A real, non-bunny girlfriend to take on dates, and not jump into bed with after five seconds of conversation.

Miller thinks he’s found that woman in his teammate’s sister. Except, unlike team captain and all-around nice guy Alex Waters—who happens to date his stepsister, Miller’s media reputation as a manwhore is well earned. Beyond that minor detail, Miller doesn’t know the first thing about relationships or the time and effort they require.

Miller learns—eventually—that if he wants to make Sunshine “Sunny” Waters fall for him, he’s going to have to do a whole lot more than show her his stick skills in the bedroom.

Pucked Up was a funny, sexy, and entertaining standalone sports romantic comedy in the Pucked series, and I really enjoyed it. The storyline and characters were extremely fun and likable, and Helena Hunting’s sense of humor was freaking hilarious, especially with a few of the secondary characters. I really liked Miller and Sunny, and enjoyed reading their story. There were a few aspects that I didn’t care for, namely the same problem(s) that kept arising, and it got frustrating and annoying after a while. However, I was happy with how everything turned out in the end for Miler and Sunny, and I can’t wait to read the rest of the Pucked series.

NYT and USA Today Bestselling author, Helena Hunting lives outside of Toronto with her amazing family and her two awesome cats, who think the best place to sleep is her keyboard. Helena writes everything from contemporary romance with all the feels to romantic comedies that will have you laughing until you cry.