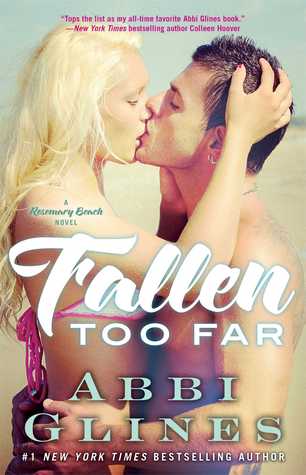 The wealthy son of a rocker. A tough farm girl from Alabama. Two step-siblings from different worlds. One summer in Rosemary Beach.

The last thing Blaire Wynn wants is to move in with her father’s new family in Rosemary Beach, Florida. She has no choice. Blaire’s mother has passed away after a long illness, leaving behind a mountain of medical debts and no way for Blaire to keep their small Alabama farmhouse.

Driving into the wealthy resort town in a pickup truck with a pistol under her seat, Blaire knows she’ll never fit in. She’s even more disappointed to discover that her father has left for Paris, leaving her with her new stepbrother, Rush Finlay. The cynical, condescending, and unapologetic son of an infamous rock star, Rush is as spoiled as he is gorgeous; and he immediately gets under Blaire’s skin.

But as the summer goes by, Blaire begins to see a side of Rush she never expected, and the chemistry between them becomes impossible to ignore. Unknown to her, Rush has a secret that could destroy Blaire’s entire world. Will she find out what he’s hiding before she falls too far?

This was the third time I had read “Fallen Too Far,” and it once again blew me away. “Fallen Too Far” was absolutely amazing and I completely fell in love with the characters and storyline all over again. Blaire and Rush were phenomenal main characters and I couldn’t have asked for better or more perfect ones. I loved their personalities and thought they complemented each other well. Their chemistry together was immediate and undeniable, and I knew they were meant to be together from the first moment they met. The storyline was very intriguing and I was immediately drawn in from the very beginning. I was completely addicted throughout and honestly couldn’t get enough of Rush and Blaire’s story. I don’t know why, but I really love stepbrother romance’s, and this one definitely exceeded my expectations. I am 100% in LOVE with the Rosemary Beach series and absolutely cannot wait to read more about Blaire and Rush in the books to come. Abbi Glines is so tremendously talented and I can’t get enough of her books; she’s definitely one of my favorite authors!