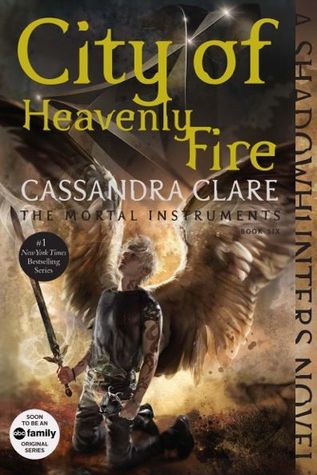 Darkness has descended on the Shadowhunter world. Chaos and destruction overwhelm the Nephilim as Clary, Jace, Simon, and their friends band together to fight the greatest evil they have ever faced: Clary’s own brother. Sebastian Morgenstern is on the move, systematically turning Shadowhunter against Shadowhunter. Bearing the Infernal Cup, he transforms Shadowhunters into creatures of nightmare, tearing apart families and lovers as the ranks of his Endarkened army swell. Nothing in this world can defeat Sebastian—but if they journey to the realm of demons, they just might have a chance…

Lives will be lost, love sacrificed, and the whole world will change. Who will survive the explosive sixth and final installment of the Mortal Instruments series?

*NO SPOILERS, I PROMISE!*

Oh. My. Goodness. “City of Heavenly Fire” was the most epic and awesome conclusion to the Mortal Instruments series that I could have ever hoped for! It was truly, truly amazing and I absolutely loved reading every single page. All of the characters were beyond exceptional and I loved them the most in this novel. Emma Carstairs and Julian Blackthorn were also extraordinary characters and a wonderful addition to the Shadowhunter clan. I can’t wait to read more about them in the Dark Artifices series!

I loved everything, absolutely everything, about COHF. I loved how there were an abundance of surprises and shocking turns of events throughout that had me on the edge of my seat the entire time. I loved how almost every character’s POV was incorporated, and that I was able to see what they were thinking and feeling at certain points of the story. I was completely enthralled from beginning to end and I experienced a whole spectrum of emotions while reading this book – some good, and others not so good. Everything was so detailed and intriguing, and there was certainly never a dull moment. It also blew my mind that Cassandra Clare managed to incorporate several TID references, and I thought it was freaking awesome that some of the characters from that series made appearances as well. There were many aspects of this story that made me extremely happy, and I truly couldn’t have asked for a better ending than the one that I received. It was just extraordinary, plain and simple.

Be prepared and plan to be surprised throughout this fascinating and intriguing conclusion to one of the most phenomenal series that I have ever read. Cassandra Clare is by far one of the best and most favored authors that I have ever read and she can write absolutely phenomenal conclusions. Fans of TMI will most certainly not be disappointed with “City of Heavenly Fire!” 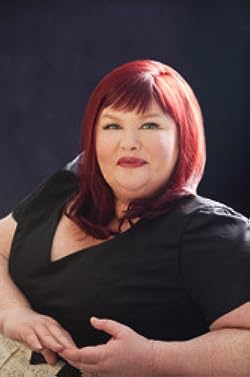 Cassandra Clare is the #1 New York Times, USA Today, and Wall Street Journal bestselling author of the Infernal Devices trilogy, the Mortal Instruments series, the Bane Chronicles, the Shadowhunter Academy series, and the soon to be released Dark Artifices series and The Last Hours trilogy. She and her husband, along with their two cats, reside in Massachusetts where she continues to write the stories that keep her mind in constant company.

4 thoughts on “Review: City of Heavenly Fire (The Mortal Instruments, #6) by Cassandra Clare”