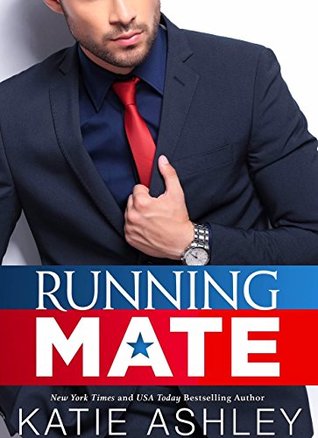 The name’s Barrett Callahan. Yeah, that Barrett Callahan—the one the press dubbed “Bare” after those naked sexting pictures surfaced. At twenty-five, I was armed with an MBA from Harvard, an executive position at my father’s Fortune 500 company, a penthouse, and a different piece of delectable eye candy in my bed every weekend. I had a life most men dreamed of. But then my father decided to run for president, and my playboy lifestyle became a liability to his campaign that was built on family values. My “makeover” comes in the form of a fake fiancée who I don’t even get to choose–one who is an uptight, choirgirl acting priss but also sexy-as-hell.

My latest relationship had gone down in flames, and I was drowning in a sea of student loans when in true Godfather status, James Callahan made me an offer I couldn’t refuse. Seven figures for seven months on the campaign trail pretending to be the adoring fiancée of his son, Barrett. As soon as he won the election, our engagement would be dissolved amicably for the press, I was free to ride off into the sunset a million dollars richer, and because of the NDA, no one would be the wiser. Sure, I’d never met the guy, but I’d been a theater nerd in high school. I could pull off any role from Lady Macbeth to Maria Von Trapp. But that was before I met my fake fiancé—the infuriating, self-absorbed, egotistical, drop-dead-sexy King of the Manwhores.

The race will be a fight to the death finish, and that’s not even the actual campaign.

Running Mate was a sexy, funny, and entertaining standalone political romance, and I absolutely loved it! The storyline and characters were amazing, and I loved Katie Ashley’s writing style. Running Mate has definitely been one of my favorite books from this author so far, and I can’t wait to read more!

Barrett Callahan and Addison Monroe were wonderful, and I loved them and their story so much. I loved their personalities and red-hot chemistry together, and how their relationship progressed for the most part. I loved reading the book from both Barrett and Addison’s POV, and nearly all of their banter and interactions with each other. The back and forth between them was nothing short of entertaining, and very reminiscent of enemies to lovers. I’m a huge fan of the political romance trope, and Running Mate certainly didn’t disappoint. There were some places where I would’ve loved a little more depth and detail, especially between Barrett and Addison, but it was still intriguing and entertaining from beginning to end. I also really loved the secondary characters, and enjoyed their addition to the story. The conclusion to Barrett and Addison’s story was phenomenal and made me so freaking happy. Katie Ashley definitely blew me away.

Running Mate was a sexy, humorous, and addicting standalone political romance, and I would highly recommend it! Katie Ashley did a fantastic job with this book, and I was more than pleased with the outcome to Barrett and Addison’s story. I have dearly loved each and every book that I’ve read from Katie Ashley so far, and I’m so excited to devour more!

Katie Ashley is a New York Times, USA Today, and Amazon Best-Selling author of both Indie and Traditionally published books. She lives outside of Atlanta, Georgia with her daughter, Olivia, and her spoiled mutt, Duke. She has a slight obsession with Pinterest, The Golden Girls, Shakespeare, Harry Potter, Star Wars, and Scooby-Doo.

With a BA in English, a BS in Secondary English Education, and a Masters in Adolescent English Education, she spent eleven years teaching both middle and high school English, as well as a few adjunct college English classes. As of January 2013, she hung up her red pen and expo markers to become a full-time writer. Each and every day she counts her blessings to be able to do her dream job.

Although her roots are firmly planted in the red Georgia clay, she loves traveling the country and world to meet readers and hang out with fellow authors. When she
s not writing or chasing down her toddler, you might find her watching reruns of The Golden Girls, reading historical biographies, along with romance novels, or spending way too much time on Facebook.