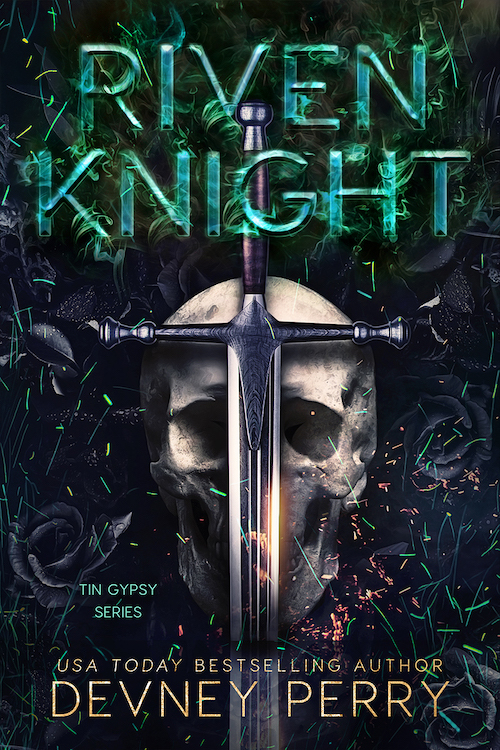 Genevieve Daylee didn’t expect to be standing in front of a judge on her twenty-seventh birthday. But ever since her life became entangled with a former motorcycle gang, she’s learned not to expect anything but trouble.

Her mother, a woman she once admired and adored, is gone, leaving behind a trail of secrets and lies. She’s living in a tiny apartment above a garage owned by her brother, a man who loathes her very existence. And the father she met beside her mother’s grave is as much of a stranger as Isaiah Reynolds, the broken man with soulless eyes standing beside her in front of the judge.

Isaiah is her protector from the murderer at large in Clifton Forge. Though he’s more like a riven knight in dented armor than a prince on a white stallion. She knows next to nothing about him, other than he works as a mechanic. As of tonight, he’ll be sharing her bathroom.

And, according to the judge, Isaiah is now her husband.

Gah, I’m OBSESSED with the Tin Gypsy series! Like, literally addicted. Riven Knight, the second standalone in this romantic suspense series, was even better than the first and I was completely hooked from page one. Devney Perry’s talent is unparalleled, her stories are pure genius, and I’m totally in love with her brand of romance. The Tin Gypsy series is the freaking BEST and quickly becoming one of my all-time FAVORITE series!

The storyline was phenomenal and the author’s prose was superb. The plot kept me guessing at every turn and had me holding my breath nearly the entire time, almost afraid of what might happen next. The book was definitely full of edge-of-your-seat suspense and the conclusion was seriously EPIC. Like, jaw-dropping kind of gobsmacked.

The characters stole my heart and I was rooting for them from the start. Isaiah and Genevieve were both broken in their own way, but the strength and perseverance they possessed was truly awe-inspiring. They were the best thing for one another and helped each other heal. I cried, I laughed, I swooned, and honestly loved every single moment of Isaiah and Genevieve’s unforgettable love story—bad parts and all.

Everything about Riven Knight was amazing and it was definitely a MUST READ standalone romantic suspense, so make sure you grab Isaiah and Genevieve’s story STAT! I promise you won’t regret it. The Tin Gypsy series has been an unforgettable roller coaster ride thus far, and I honestly can’t freaking wait to devour the next standalone, Stone Princess!